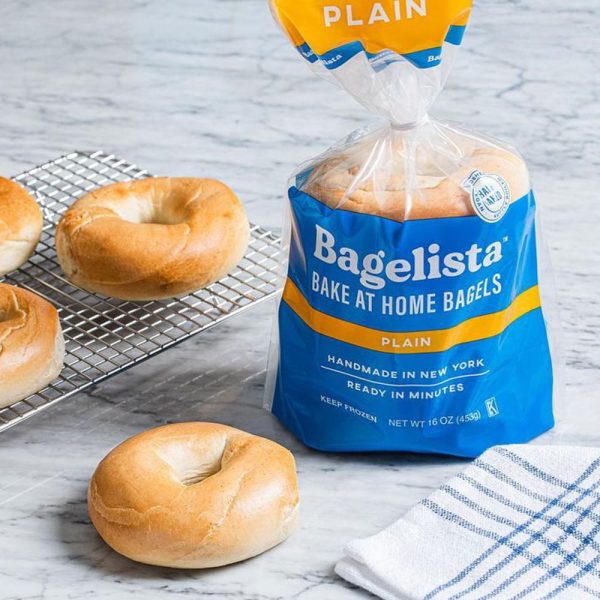 You might think you’ve had good bagels but unless they were fresh out of a New York bagel shop oven, you’ve only had sad, weird, rubbery bagels. And if you thought those bagels were good, just wait ‘til you try Bagelista. These geniuses figured out how to bring a New York bagel shop to your own kitchen. They use a family bagel recipe, boil the bagels in New York water, bake them part way, flash freeze them, then package them up so they can ship 'em to you to finish baking at YOUR HOUSE. We try all the stuff on THEBOMB.COM and these bagels are so good you’ll break up with your current bagel joint. They had it coming.

Ba·gel·ista, noun :
– like a barista who makes coffee, a person who enjoys preparing and serving delicious bagels made by boiling dough, shaping it, and then baking it.

Now that we’ve defined ‘Bagelista’, we can all make a more educated decision on if it’s time to make a career change and become a Bagelista by trade or just pretend that we are a Bagelista and buy Bagelista™ brand bagels. We don’t encourage you to be like us, but we at THEBOMB.COM do not have the time or know-how to pull off true Bagelista quality bagels, so that’s why we’re glad Bagelista™ bagels have entered into our lives.

We’ll stop putting TM’s on the name Bagelista like the weirdos we are… but we do genuinely appreciate Bagelista for building something unique. They are a husband and wife team based out of New York who boil and bake these bagels using a 40-year old recipe passed down and perfected over time.

Did you even know that a proper bagel should be boiled before being baked?

Well… Bagelista spends two full days to make each batch of bagels, which allows time for 1) the dough to ferment for a day to build its flavor and aroma production, 2) shape them into bagels, 3) kettle boil them in New York water which gives them their crispy outer layer and glisten, 4) half-bake them and 5) immediately flash-freeze them to lock in the flavor.

• Authentic New York bagel in your own oven